Several members of Common Ground have long harboured ambitions to produce Samuel Beckett’s 20th-century classic Waiting for Godot, but none has dared – until now!

We grasped the nettle in 2019 and invited David Thew to direct a play he has long admired – a play many people regard having changed the face of modern theatre forever.

As most of our members are women we sometimes have difficulty casting all-male plays, but Beckett’s estate will not allow any gender-blind casting when it comes to his masterpiece. We were fortunate therefore that two of our long-standing members, John Leighton and Chris Adams, were keen to audition, and they produced excellent performances as the two tramps Vladimir and Estragon respectively.

Our chairman Jez Ashberry played Pozzo, the overblown and pompous slave owner who is nevertheless pathetically tied to his much-abused servant Lucky (played by newcomer Anthony Sexton). The smaller role of the Boy was played by Lincoln College student Dylan Hewis.

We’re pleased to say that Godot was both a commercial and an artistic success, playing for three nights to packed audiences in the intimate Room Upstairs at Lincoln Drill Hall.

Though many people (especially those who have never seen it) consider Godot to be a gloomy and difficult play, we managed to bring out the humour in the language and the visual gags at the same time as giving voice to the playwright’s essentially bleak view on man’s lot on Earth. In doing so we demonstrated that community theatre groups should not be afraid of tackling plays which are thought of as ‘challenging’ and which are rarely seen on the amateur stage.

“It could be seen as a bold, even reckless, thing for amateurs to stage this piece.  Your production was a triumph.  The clear and consistent characterisations from the actors; the maturity of performance from each one: these raised the level to something above the amateur level.

“May I offer my congratulations to you all.  I shall certainly look out for your future productions.” – Greg Wright via Facebook.

“‘Godot was superb, and benefits greatly from intimate setting (really hard not to help Lucky when he fell at my feet!). A privilege to have seen such fine acting. I now see it as marriage between Everyman and Alice in Wonderland. Recommending to other friends who may not have booked yet.” – Anon. 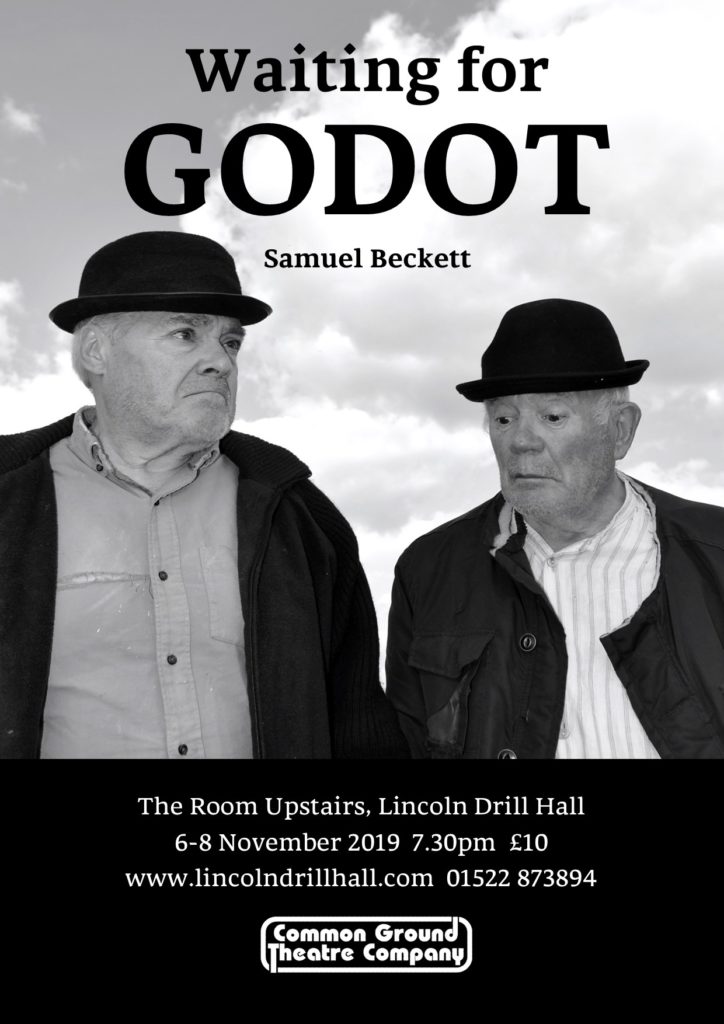 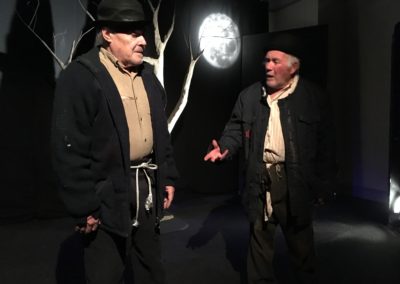 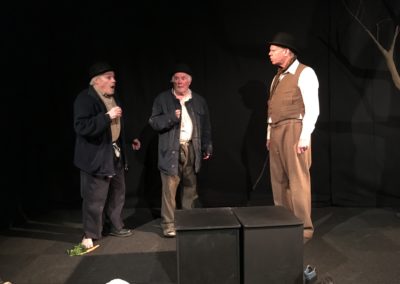 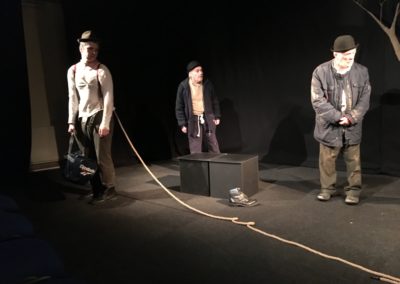 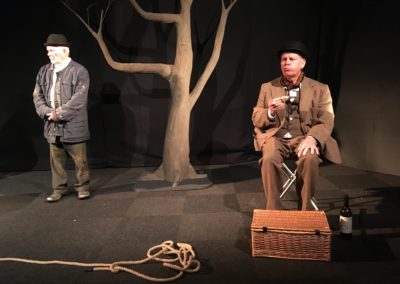 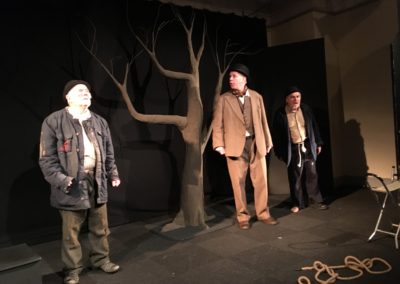 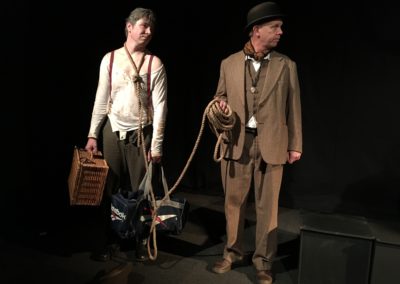 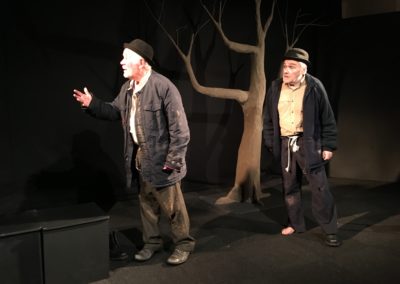 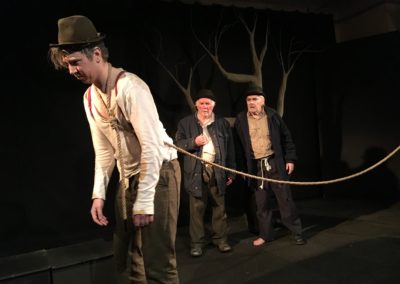 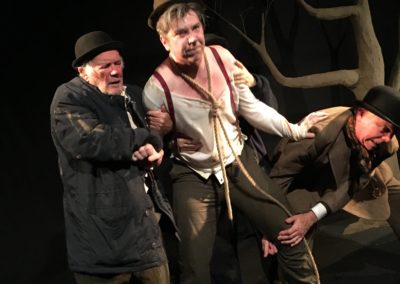 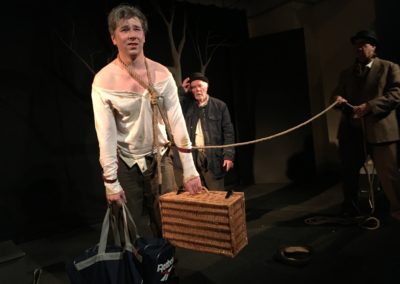 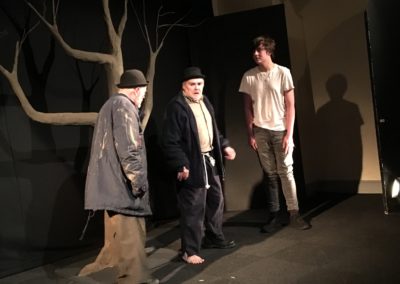 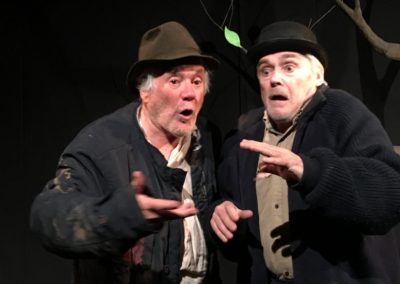 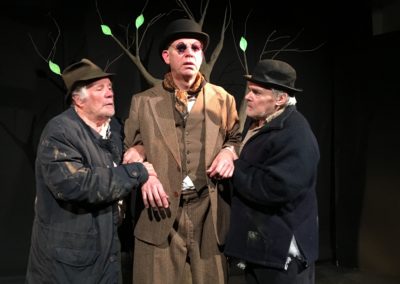 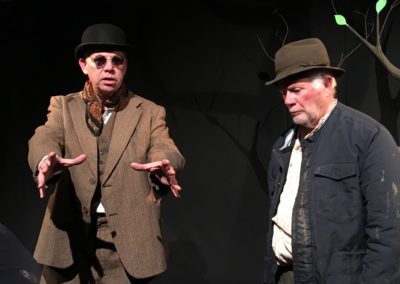 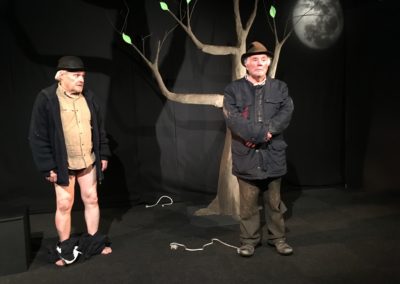 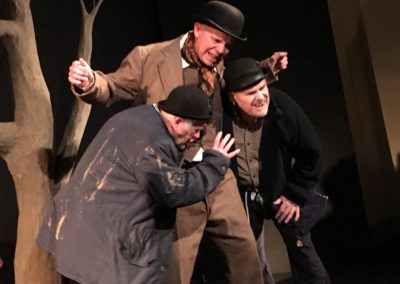 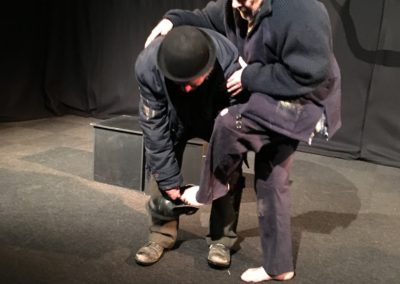 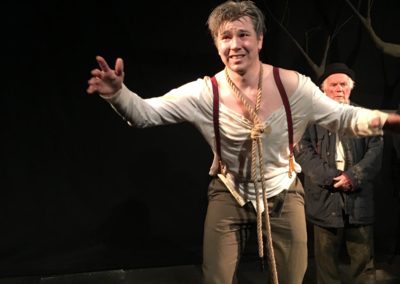 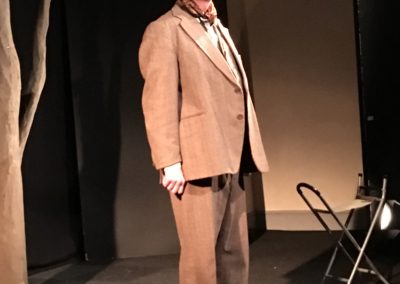 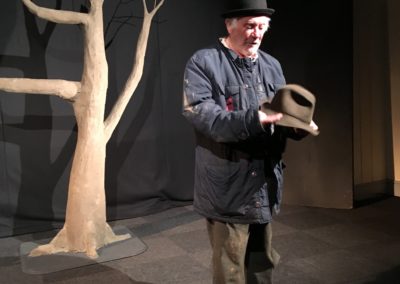 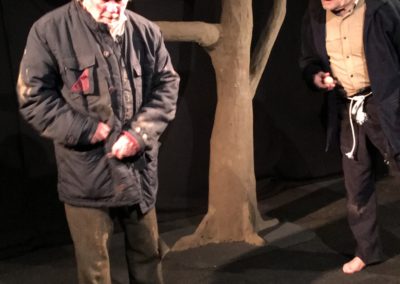 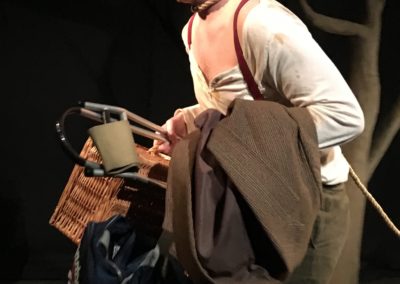 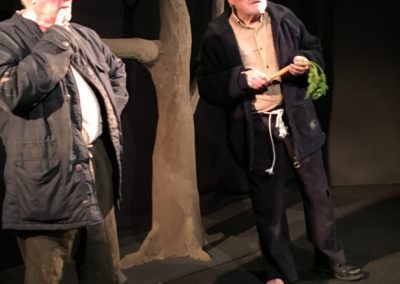 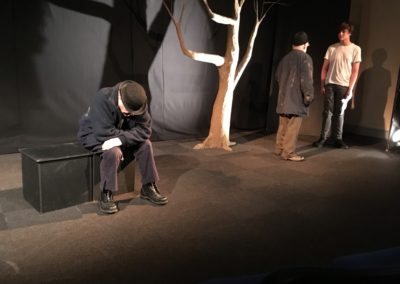 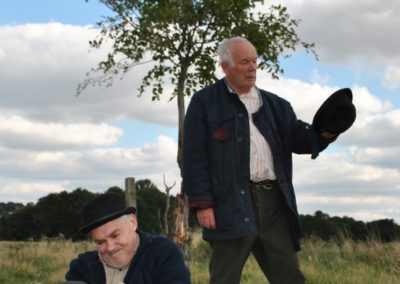 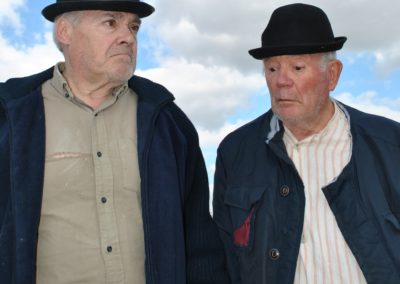 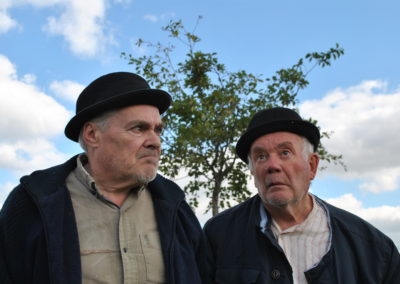 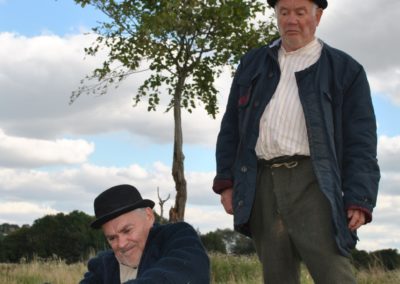