The Darling Buds of May

It was a long time coming, but after negotiating a series of difficulties and one last-minute cancellation, director Vicky Ashberry finally succeeded in getting H E Bates’ feel-good tale of the carefree Larkin family onto the stage.

We had originally planned to perform ‘The Darling Buds of May’ in May 2005, when the warm weather, Pimms and ice cream would all have been part of the summertime experience.

But owing to events beyond our control we had to postpone the original production, re-assemble the cast (with one significant alteration) and do it all over again ten months later.

When we staged the show in March 2006 the Broadbent Theatre was as chilly as the weather outside, so it was a great credit to the cast, crew and director that the production managed to evoke the languid atmosphere of midsummer even while the audience kept their coats on!

According to the Market Rasen Mail ‘the whole production was just “perfick”, setting a high standard… for local theatregoers.’ The Lincolnshire Echo critic was less enthusiastic about the production but admitted that ‘the play was a hit with the audience’. 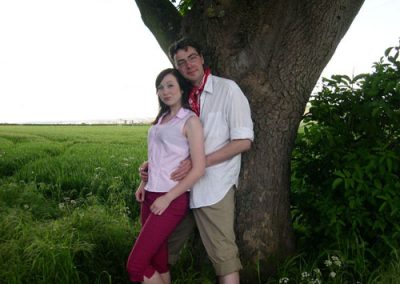 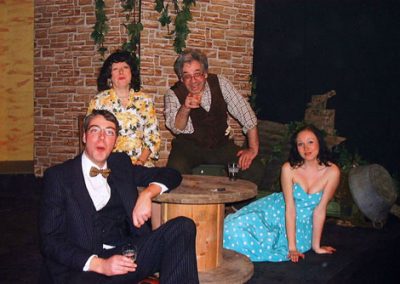 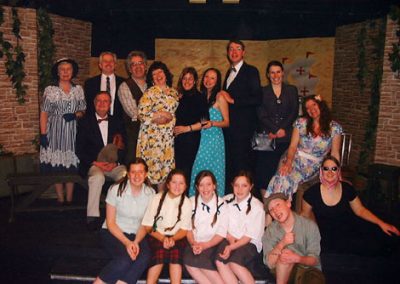 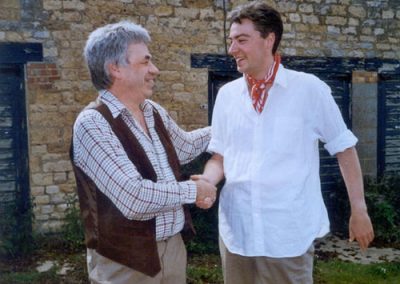 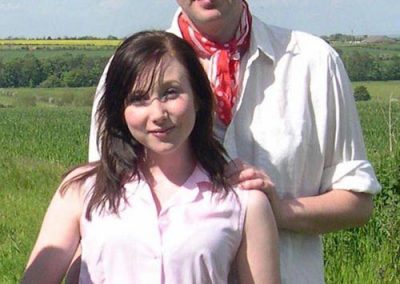