Our second production was less straightforward than our first. We had planned to stage ‘Breezeblock Park’ by Willy Russell but struggled to cast the play satisfactorily. Late in the day we pulled the plug on our original plan and looked around for a replacement. Quite soon we hit upon the idea of Alan Bennett’s ‘Talking Heads’ series of monologues which were written for television but which are often performed in the theatre.

In the end three monologues were chosen: Gaynor Little performed ‘ Soldiering On’, in which a recently widowed lady comes to terms with life without her late husband (who was not the paragon of virtue she had thought him to be); Vicky Ashberry took on ‘Bed Among the Lentils’, in which a bored and frustrated vicar’s wife finds sexual and spiritual awakening with a young Indian grocer; and Christine Bellamy, in her first major role, performed ‘A Lady of Letters’, in which a nosy neighbour and writer of poison pen letters becomes altogether happier and more tolerant after her interfering ways land her in prison.

In its review the Lincolnshire Echo described the three actresses who took on these challenging roles as ‘accomplished’ and added: ‘Lincoln’s Common Ground Theatre Company gives fresh impetus to these perfectly penned monologues.’

‘Bed Among the Lentils’

‘A Lady of Letters’ 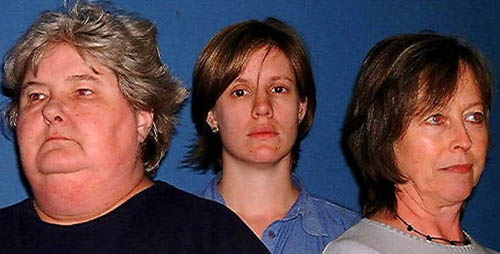