It has long been our Chairman Jez Ashberry’s ambition to direct No Exit – Huis Clos in the French original – by Jean-Paul Sartre. It’s an existentialist classic about three bad people who are condemned to spend the eternity of afterlife in Hell – and Hell, for them, is a closed, stuffy drawing room with only each other for company.

We almost managed to stage the play with Jez in the director’s chair in 2016, but unforeseen circumstances mean we had to cancel the production and re-cast. In the end we acquired a new director, David Thew, and Jez played the role of Garcin instead.

The play lasted for two hours without an interval and yet you could have heard a pin drop! Thanks to everyone involved in the production and to all who supported us by coming to watch. 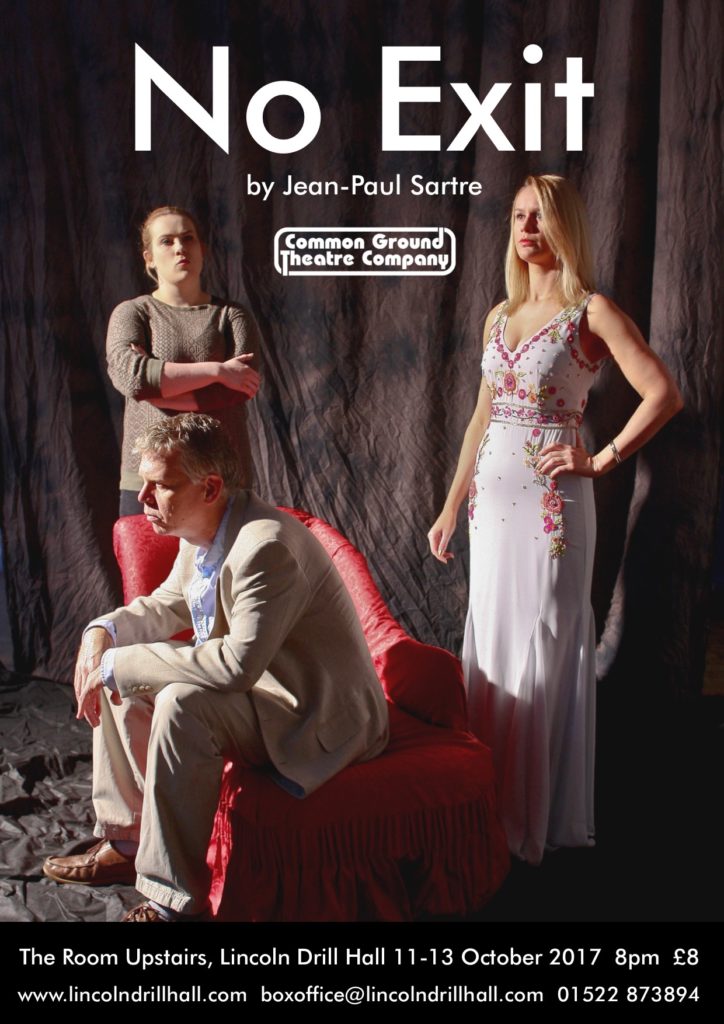 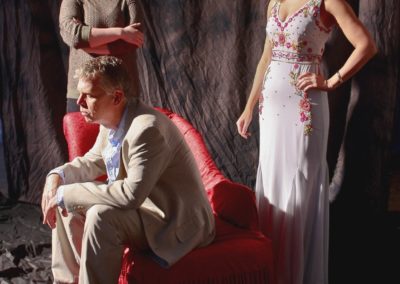 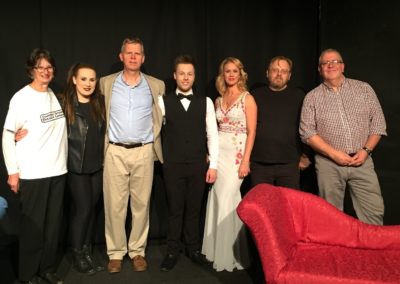 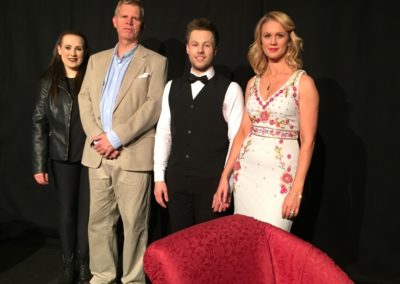 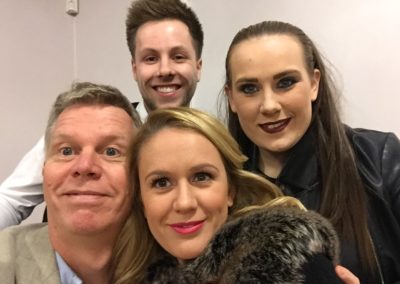 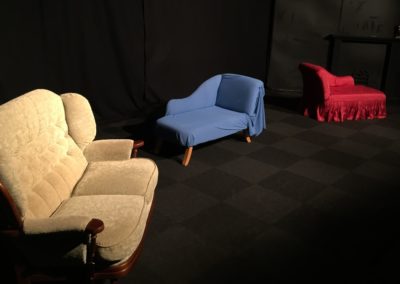 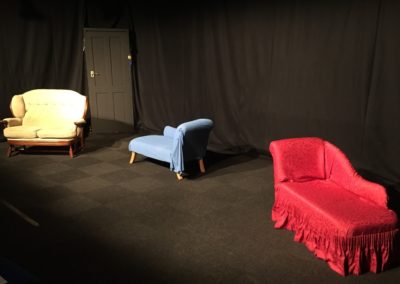