We turned to contemporary comedy – well, 1980s comedy – with our production of the bittersweet play Mr Wonderful directed in The Room Upstairs by Janet Marshall, who was making her directorial debut for the company.

Stalwart member Gaynor Little did her best to steal the show in a comic role as the bed-ridden Phoebe, who struggles with the idea of her daughter finding true love at last at the same time as she struggles with the early signs of dementia.

But Naomi Watkins also deserves credit for her performance as Norma, who is taken in by the suave impostor Geoff Lazenby before finally turning the tables on him.

The part of Geoff was ably played by another long-standing Common Grounder, Martin Noble, while John Kirsopp demonstrated his versatility by taking the remaining four parts.

For the first time in our history we can’t say that we welcomed a new member onto the stage, but we did have newcomers working behind the scenes! 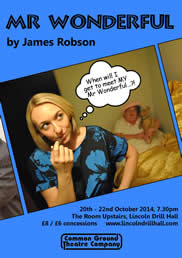 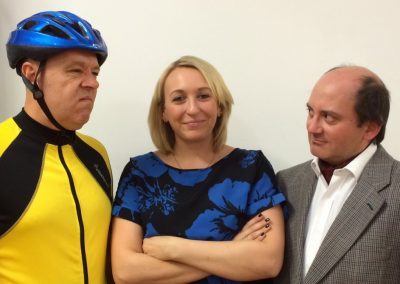 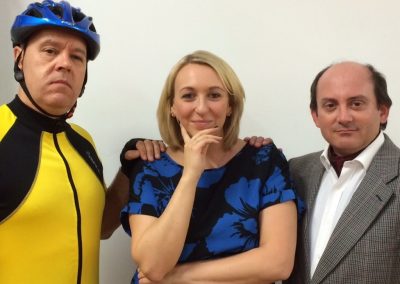 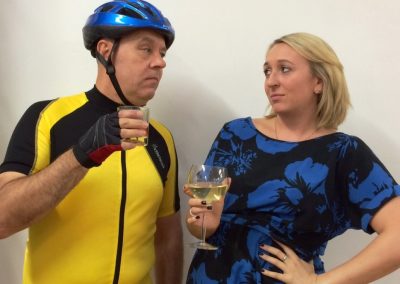 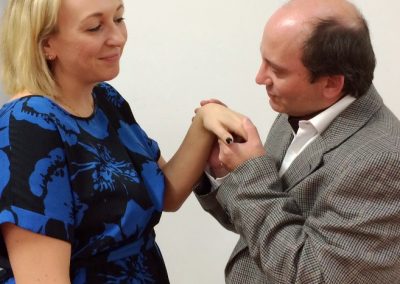