Our spring 2003 production was a new venture for us: an evening of one-act plays with supper. When one of our members thought up the bright idea most of us imagined something tasty but simple, like shepherd’s pie or curry and rice. But another of our members is a professional chef, so we finished up serving posh nosh as an accompaniment to three one-act plays.

We took the decision to stage one-act plays because our director Su Toogood was keen to enter ‘A Dog’s Life’ by Pam Valentine into the Lincoln Music and Drama Festival in March 2003. She chose a second play to accompany it – ‘Shoppers’ by Jean McConnell – and we enlisted the support of Metheringham Players for the third play as their production of ‘The Ark’ planned for performance in May featured a cast made up entirely of Common Ground members.

The three plays were all very different but sufficiently similar in tone to make for a coherent evening’s entertainment. Each is ostensibly entertaining, with scope for comedy, but each is tinged with a darker, sadder side.

In ‘The Ark’ Cecilia and her two daughters grieve for their recently departed Dad. In their own way each tries to come to terms with his death, and the strain of the situation begins to tell on the sisters before a revelation brings them closer together. By the end of the play Cecilia herself has reconciled herself somewhat to her husband’s death and begins to see how she can pick up her life again.

‘Shoppers’ apears to be a harmless conversational duologue featuring two well-to-do ladies who meet on the seafront after a hard day’s shopping at the most exclusive stores. But as the play progresses the audiences begins to sense that all is not what it seems. By the end of this short play it becomes apparent that Rosemary and Angela are in fact serial shoplifters addicted to the thrill of thieving as a way of bringing meaning and purpose to their otherwise directionless lives.

‘A Dog’s Life’ is a challenge for four of the cast who have to portray dogs waiting patiently in a dog shelter, hoping one day to be chosen by a new owner. Again, most of the cast for this play were newcomers to Common Ground and all but a couple were largely inexperienced, so were pleased with the quality of the end result.

The Lincolnshire Echo described the three plays as ‘appetising, tenderly cooked and perfectly well baked,’ while the Lincoln Chronicle declared the ‘ambitious’ but ‘totally successful’ event as ‘a five-star evening’.

For the record, Ian Smith cooked salmon with a duxelle filling wrapped in noodle paste with red pepper and mushroom mash and drizzled with red onion and balsamic vinegar gravy followed by warm polenta cake with summer berries and Cornish ice cream finished off with coffee and home-made biscuits. 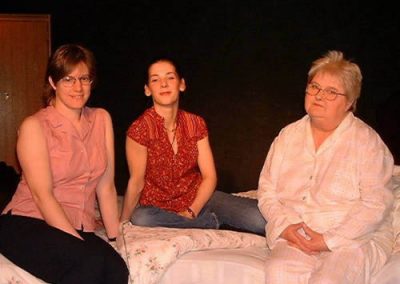 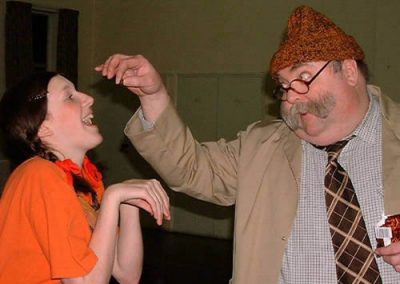 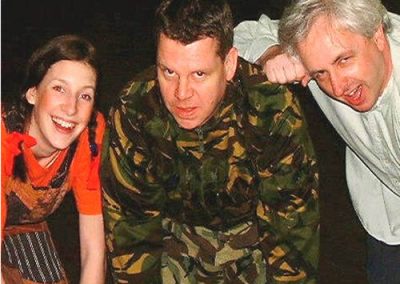