by Keith Waterhouse and Willis Hall

Keith Waterhouse’s well known tale of Billy Fisher, the feckless dreamer who escapes from his humdrum life by inventing fantasies and telling lies, was the choice for our autumn 2005 production.

After a successful debut at the Lincoln Drill Hall with ‘It’s A Wonderful Life’ financial restraints meant a return to the Millennium Festival Studio Theatre in the Central Methodist Church, but we were pleasantly surprised by the size of the audiences we attracted (190 over three nights).

The production was directed by Su Toogood and featured some stalwart Common Ground members, including Jason Hippisley as Billy, Vicky Ashberry as Billy’s mother and a star turn by Sheryl Tribe who aged up about 50 years to play Grandma!

Sadly the Lincoln Chronicle were unable to see the play – the first production of ours they’ve missed! – but the Lincolnshire Echo described the show as a ‘true success’ and said that the suffocating atmosphere of Billy’s home in a northern town in 1960 was ‘well captured’. 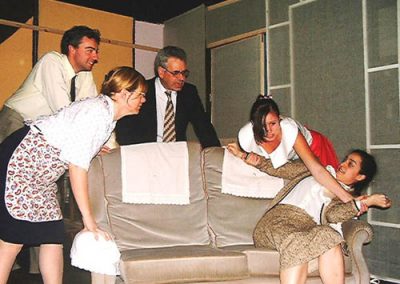 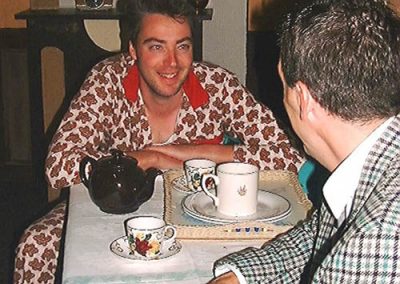 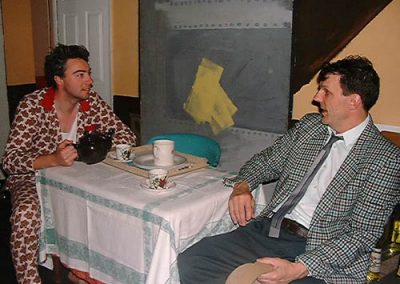