Arabian Nights – Or One Thousand and One Nights – is an ancient collection of tales, many of which are familiar to modern audiences: Ali Baba and the Forty Thieves, for instance, and The Voyages of Sinbad the Sailor.

Sasha Drennan took the leading role of Shahrazad, the young woman who marries the cruel king and tells him magical stories every night to save herself from being executed like hundreds of brides before her.

As usual we welcomed lots of new faces to our cast as well as not one, but two dancing groups who helped us to give the proceedings an authentically Middle Eastern feel.

As is often the case we made no money on the production but we were pleased with some of the feedback we received from our audiences! Here’s a brief selection:

“It was very entertaining, very professional and looked so good. You must have put in so much work on the costumes, apart from everything else. Congratulations!” Pat Shirley

“Truly a brilliant show. Beautifully crafted. It really seemed to flow so well. So many wonderful performances. The time really flew by. Great ending scenes. So effective. We really did enjoy it so much and talked about it all the way home and much of this morning too. Such a wonderful team piece with so many lovely touches. Costumes look stunning too. Congratulations to you and everyone involved.” Graham Turner

“Congratulations on a wonderful performance of Arabian Nights. It was a real treat and obvious that everyone must have worked really hard to put on such an entertaining play.” Jane Lund

“Su Toogood’s competent direction of Arabian Nights with a cast of what seemed like thousands (eat your heart out Attenborough) was a pleasure to watch. Magical and entertaining, Su’s vision was brought to fruition by her very talented cast complemented by exquisite costumes. An evening well spent, all in all we were delighted and would watch it again. Congratulations Common Ground.” Val & Brian Petty

“Anybody coming to see you all over the next two days is going to see a really great and fun production. The whole thing flies by and I was mesmerised by it a bit – a real escape into imagination.” Andrew Jordan

“It was interesting to see the show from a new perspective – it was a large cast to manage and not the easiest space to work in, especially with limited rehearsal time in it. You must have worked hard.” Beverley Anthony (who directed Arabian Nights at Nottingham Lace Market)

We were very sorry to lose a cast member during the rehearsal process: long-time member Sheila Thomas was to have played some small roles in the stories but sadly passed away in February 2014. 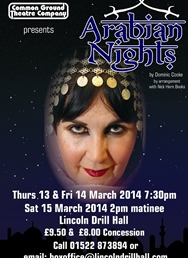 All other parts played by members of the company 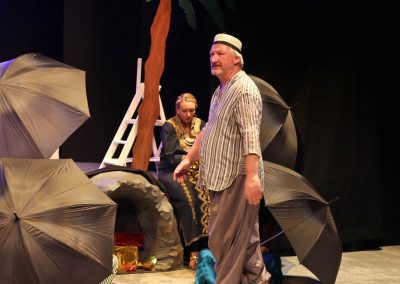 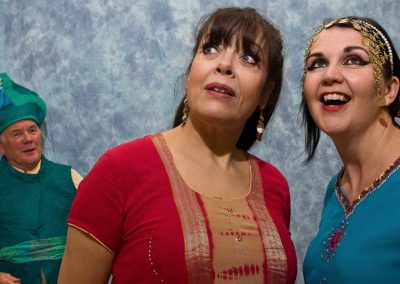 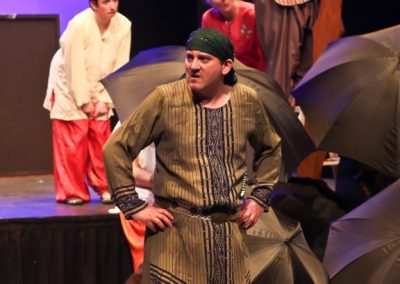 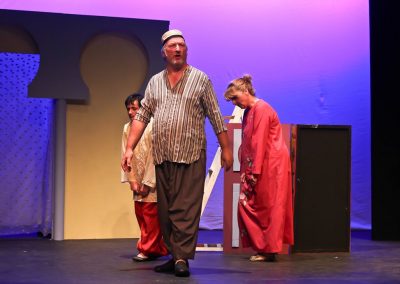 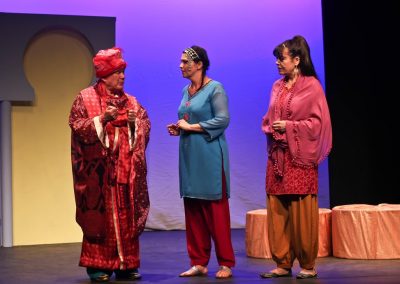 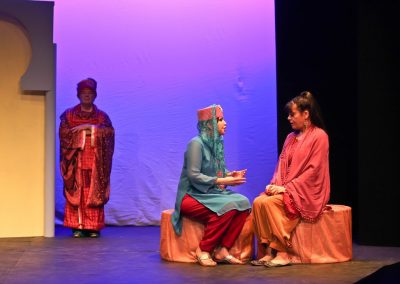 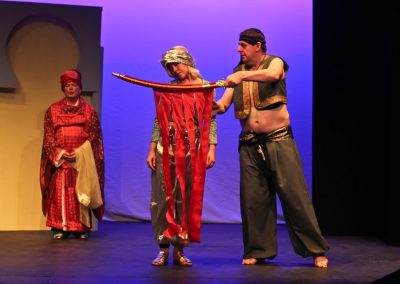 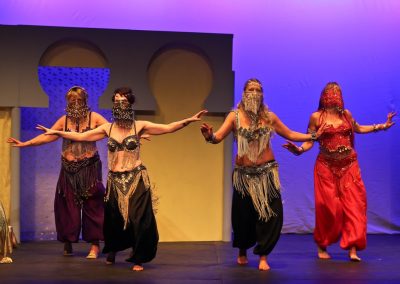 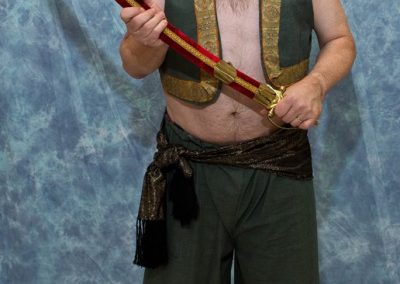 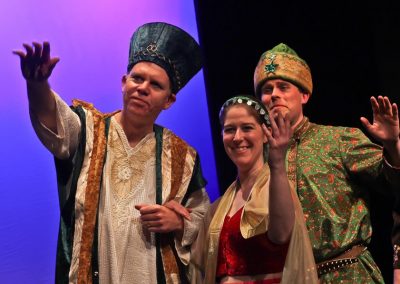 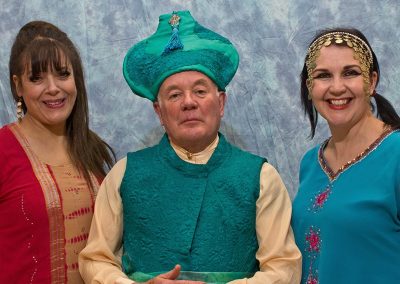 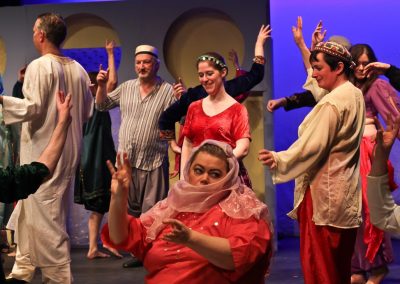 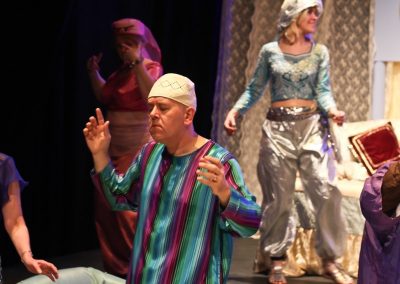 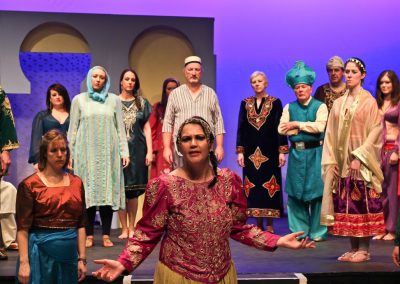 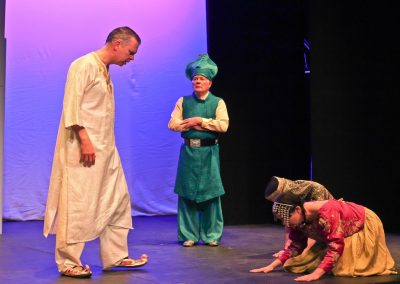 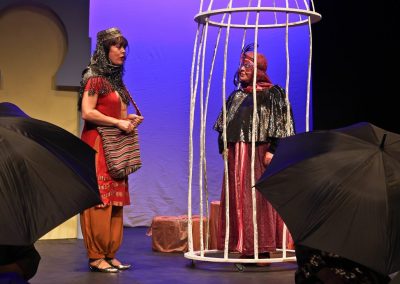 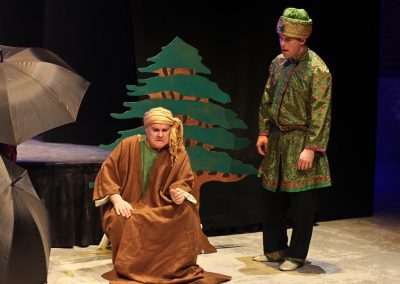 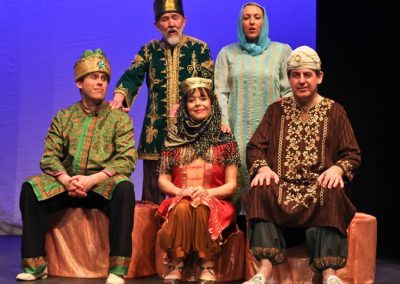 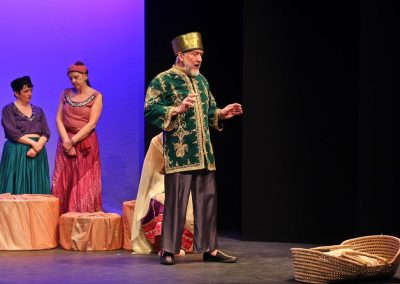 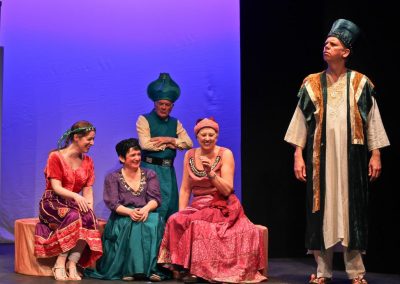 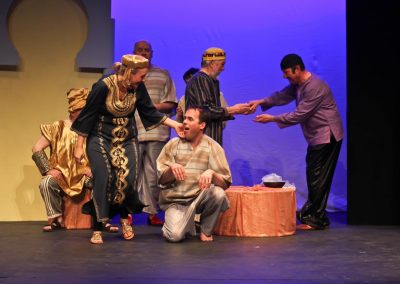 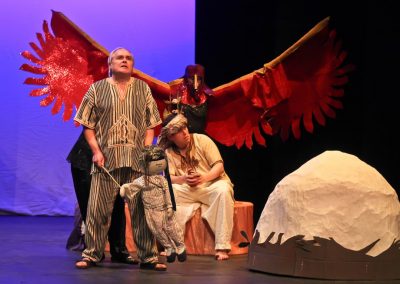 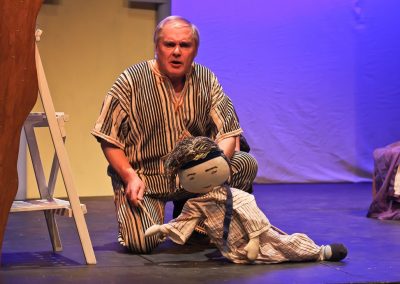 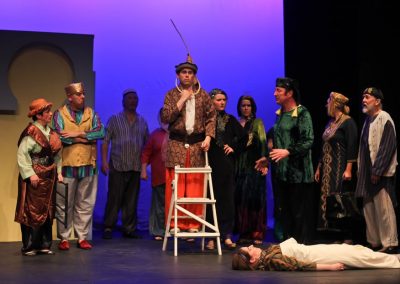 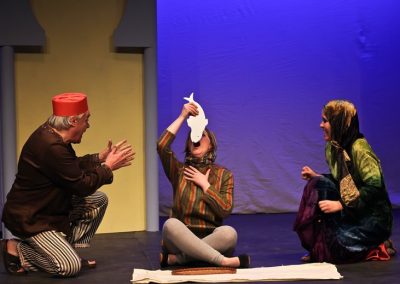 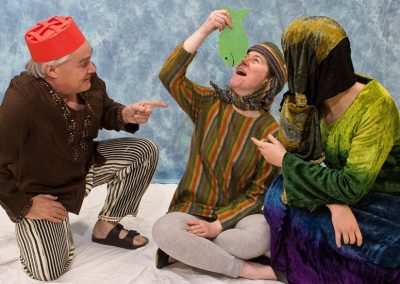 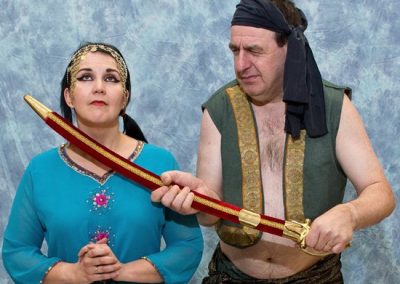